I watch loons.  Once the ice is out I am in my kayak on Upper Gull and I paddle as often as possible, and I always check on “our loons”.  I know when and where they are on the nest. I see the chicks when they first take to the water. I am on the water so often that the loons come to see me as a friend.  I can tell the adults and chicks apart by the shapes of their heads and the shapes of their bills. My friends, neighbors, and I have named them all, and we are very protective of our loons. 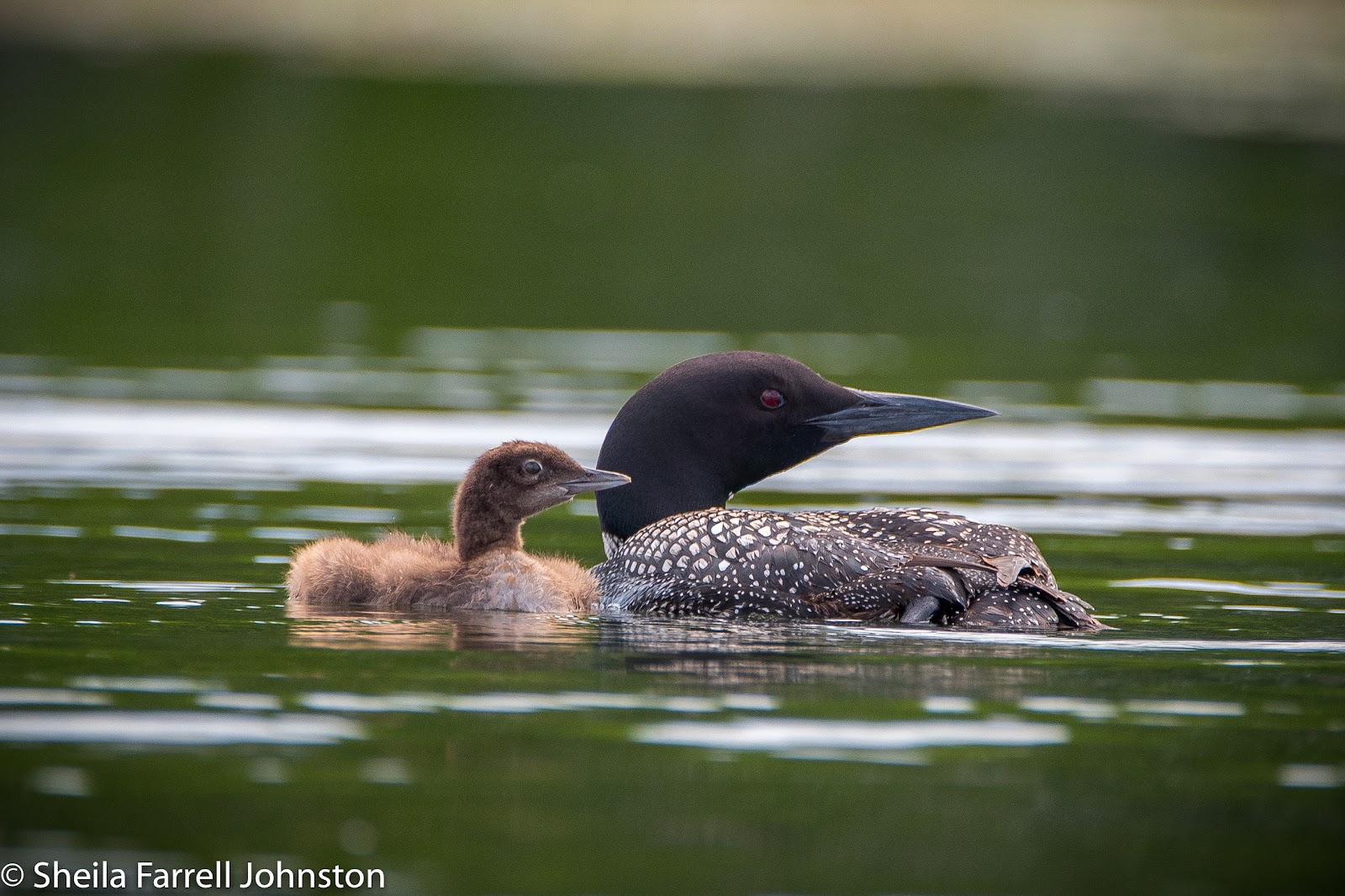 Ole and Lena nest on the platform just inside the channel near Lost Lake Lodge.  They are usually the first pair on the nest. They rear their chicks in the channel, and after they are about a week old they bring them outside of the no wake zone where they fish and feed the chicks.  This is a particularly dangerous area to be rearing chicks. Boats often approach the no wake zone at full speed, and boats exiting the no wake zone “hit it” as soon as possible. The loons also fish with their chicks inside the no wake zone, and they are not much safer in the channel crowded with passing boats. During the peak weeks of July, there is a constant parade of boats, and watching out for the loons is not a priority.

Young chicks cannot dive and so cannot get out of the way of oncoming boats and watercraft.  Even adult loons are at risk of getting hit and killed by boats and watercraft. When boats are coming at them at full speed from both directions, it is amazing that any of them survive.  Death by watercraft is a significant cause of loon mortality.

Aside from watercraft mortality, the most prevalent cause of mortality in common loons is lead poisoning followed by becoming tangled in fishing line, predators, trajectory (shot during waterfowl hunting season) and poisoning from environmental toxins.

When I hear the loons’ tremolo alarm call as a boat passes by at night, I can’t help but fear the worst.  Over the Fourth of July holiday there are always plenty of alarm calls as boats pass through the channel late into the night.

Two years ago, I went out in my kayak on the fifth of July to check to see if the loons had survived the holiday.  I slowly paddled through the area outside the no wake zone, and Lena swam right over to my bow and looked straight at me.  She often comes close, but not that close. I paused, and said, “Why are you coming so close today?” She swam over to the edge of the reeds and stopped, and I paddled along and looked in the reeds.  There was her dead chick, floating in the reeds. It had not survived the holiday boating activity. I feel a strong bond with these loons, and losing the chick was heartbreaking. Lena stayed near the dead chick for days, calling plaintively.   Each time she called, my heart broke a little more.

I decided we had to do something to increase boater awareness and “loon caution.”  We initially looked into getting loon caution buoys but were told it would be difficult to get the sheriff’s approval.  By the time the following summer arrived, we still did not have a solution. As spring of 2018 approached, we thought outside of the box.  We approached the property owners on Beaver Point, near the end of the no wake zone, and asked for permission to post a loon caution sign. They agreed!  We had two signs made. Bright yellow signs with black letters similar to the Caution Children signs were mounted back to back, so boaters would see the sign as they entered or exited the channel.  We had them mounted in time for the Fourth of July. 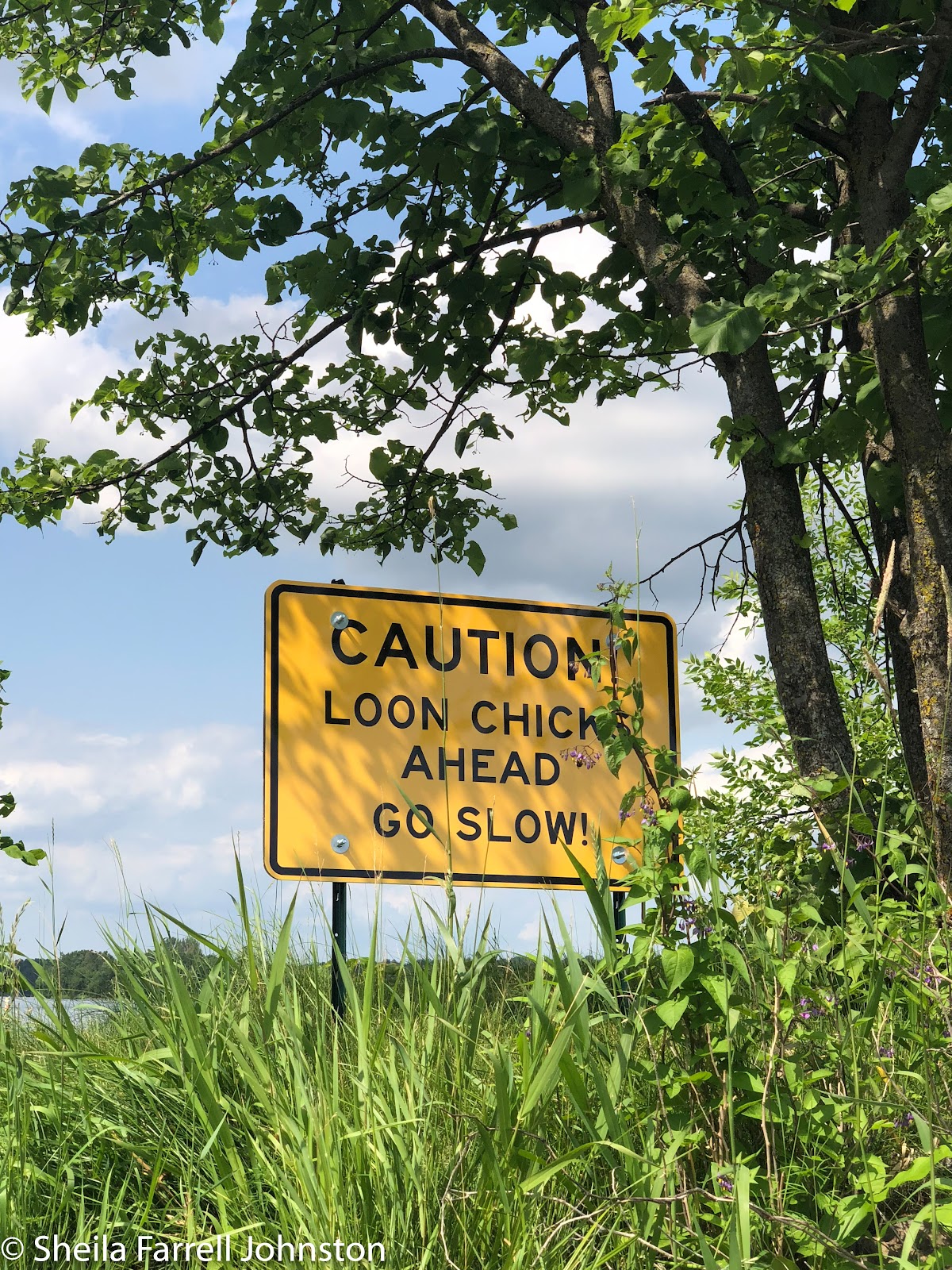 Ole and Lena had two chicks this past year.  They all made it through the Fourth of July. As the weeks of summer passed, I sat in my kayak and watched the boats come and go.

As a result of the sign, there has been a dramatic difference in boater behavior.  There were still plenty of people going too fast and coming too close to the loons, but I would estimate the majority of people kept their speed down and watched for the loons as they passed through the chick rearing area.  It turned out the signs are much more eye-catching than the buoys we had originally considered. 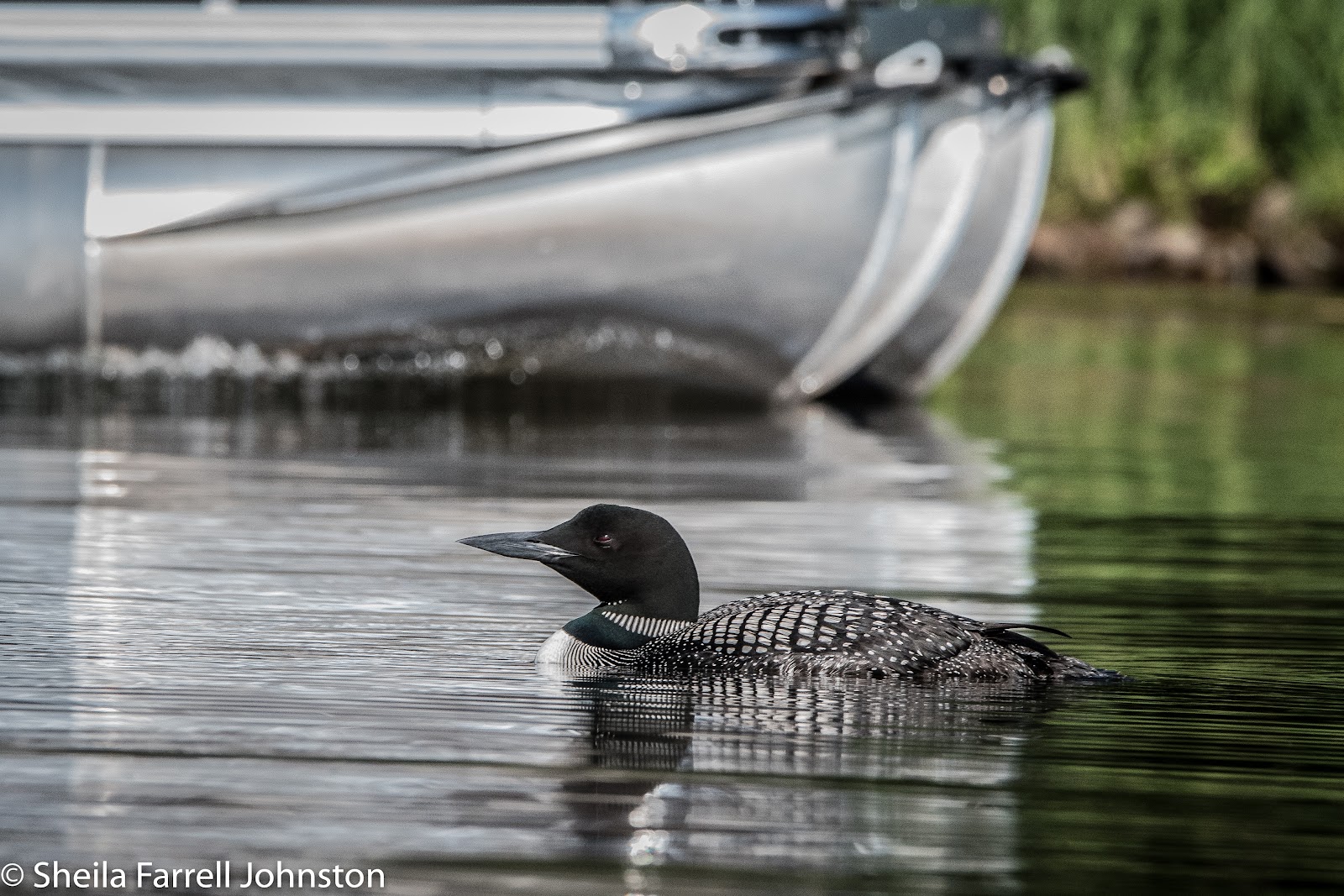 The Gull Chain of Lakes Association plans to post more loon caution signs in other areas of the Chain this spring.  The more we can increase cautious watercraft operation near loons, the more loons we will be able to save from this needless cause of death.  With this goal in mind, we are expanding our efforts in 2019 to protect loons by forming a Loon Committee which will be spearheading two new programs, the Boat Ramp Program and the Loon Ambassadors.  The Boat Ramp Program will target boaters coming onto the Chain at two high use boat ramps. Volunteers will be stationed at the landings encouraging people to use caution and protect loons when boating, and they will distribute cards with tips for boating safely near loons. The Loon Ambassadors will welcome new neighbors, speak with them about ways to protect loons, and give them a folder containing information on protecting loons.  They will also distribute the Boating Safely with Loons cards to area watercraft rental businesses and resorts. Finally, we will be adding a September survey to our Loon Survey Program to identify the number of adults and chicks who have survived the season. Through these efforts we hope to protect nesting sites and the survival of adults and chicks on the Gull Chain of Lakes.