Last year the Minnesota Pollution Control Agency, MPCA released a list of impaired waters; 56% of Minnesota’s surface waters are impaired to the point that the water quality limits fishing and swimming. There was a silver lining in this dark cloud, however, North Center and South Center Lakes in Chisago County. Back in 2011, when Center Lakes was listed, the naturally eutrophic lakes were nearing hyper-eutrophic, a point of no return. After a decade of effort, Center Lakes and 100 other lakes were removed from the impaired waters list.

Their success was built on Civic Partnership, where each organization had a role and worked within their different jurisdictions towards a shared common good, clean water. As Nancy Moe-Mergens, former President of Center Lakes Association said, “We’re all in this together.” It was a three-legged stool with the Chisago Lakes Lake Improvement District, CLLID, the Chisago Soil and Water Conservation District, CSWCD, and the Center Lakes Association, CLA. 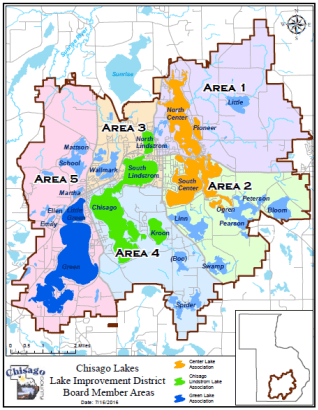 The Chisago Lakes Lake Improvement District, CLLID had formed in 1984 to address flooding on over a dozen lakes in an effort to address flooding in the area, and this proved to be a happy accident. Said Casey Thiel, Water Resource Specialist for the CSWCD, “You can’t fix it (water quality) from the lakeshore. You need a watershed approach.”

The CLLID was the first Lake Improvement District in Minnesota, forming just after the legislation was passed. Most LIDs in Minnesota encompass a single lake, but the CLLID includes most of the watershed, including over 20 lakes and fourteen thousand residents, making it not only the first LID in Minnesota, but also the largest. “ Said Jerry Spetzman, Administrator of CLLID, “We are very, very fortunate to have three very active lake associations in the CLLID. They have been critical partners.” Casey Thiel noted that a watershed approach manages not only the water in the watershed, but must include the people there, the urban areas, the farms, the rural areas.  “You can’t get anywhere without broad community support,” she said.

In the mid 1980s, as the CLLID began to realize they had water issues beyond flooding, the Board made another decision that would be momentous. Said Jerry Spetzman, “They set aside $40,000 as a fund to use as a match for other grants. This fund, over the years, has leveraged millions for our work.” Said Casey Thiel, “With the CLLID match, I was able to write many much larger grants to access both federal and state programs.” When the CLLID or the Chisago SWCD or a lake association approaches a property owner to do a water quality project, the homeowner has no out of pocket expenses. 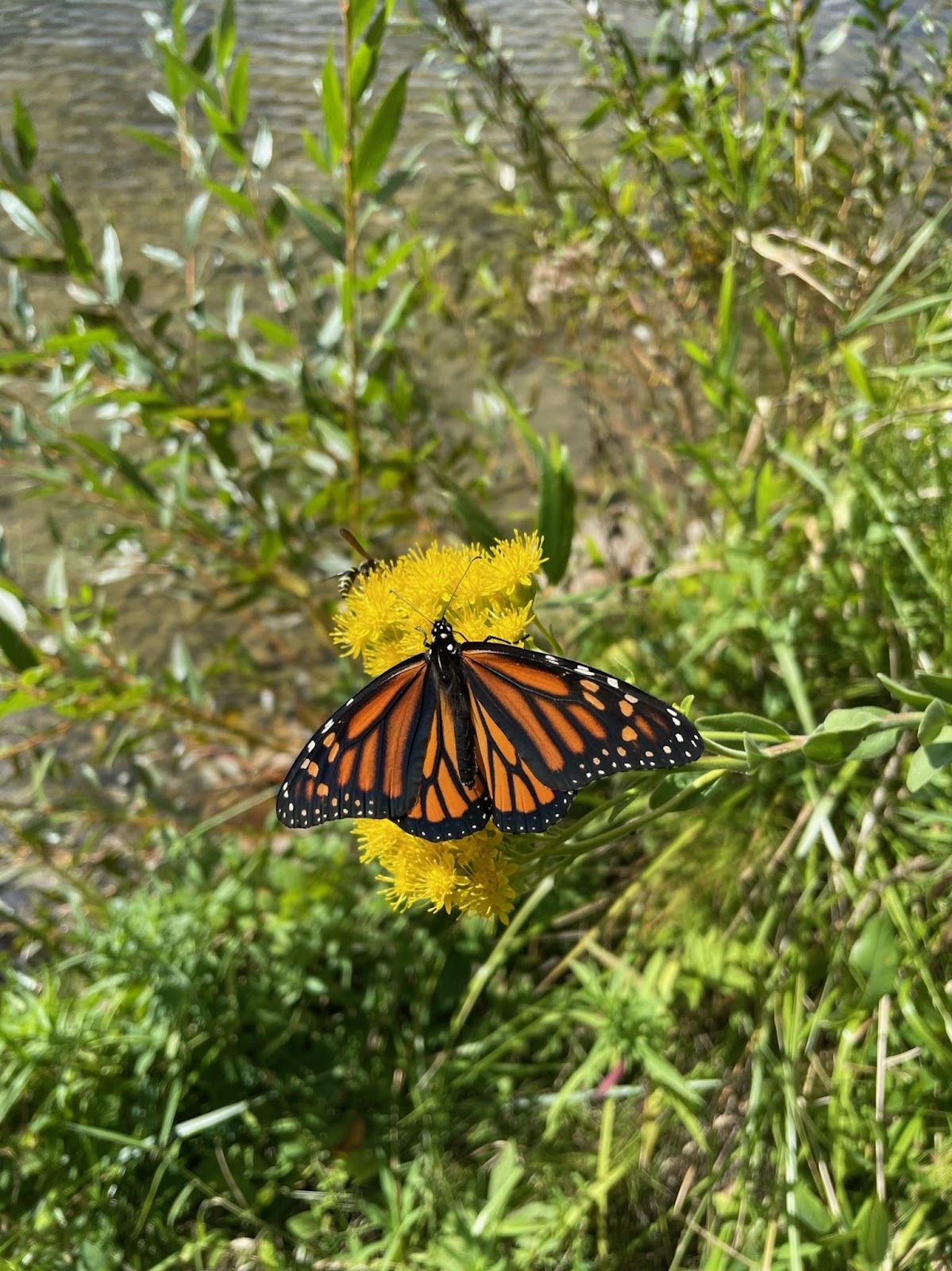 Restoring water quality in Chisago County was complex, covering three cities and four townships. The CLLID could provide the seed matching funds and focus, the Chisago SWCD could leverage much larger grants, do the necessary water testing, monitoring, mapping and the design and engineering of settlement ponds, culverts and other water projects. They had everything they needed to achieve their goals but the most important  and most often overlooked piece of a successful water quality project, public support. Relationships.

Most grants provide funding for equipment, planning and all kinds of on the ground projects. But very little investment is made in people, in building relationships, taking the time to understand the problem and hear from citizens what their concerns are. Without a relationship, there can be a lack of trust. Without trust there is no action.

Said Thiel, “Pointing fingers causes the whole effort to crumble. Relationships don’t happen overnight. We worked through the lake association to build relationships (in the community) and that takes years.” Jerry Spetzman added, “When I started (over 15 years ago, there was not strong support (for water quality projects) but now it is really strong.”

Even with unlimited funding, the best technology and a small army of scientists, water quality improvement is impossible without a community engaged in the work, and proud of it. Progress is only possible when citizens see clean water as part of their community identity. Thiel said, “Improving water quality is not a science experiment, it is a social experiment.”

The Center Lakes Association was a perfect partner for this work. Board members attend all of the CLID meetings and keep in close contact with the staff of the CSWCD. And the lake association had a very engaged, active and astute President, Nancy Moe-Mergens. And with her leadership, the lake association led in the community. They started where they were, on the shoreline. Nancy did a restoration of her shoreline to reduce runoff and Phosphorus loading of the lake.

Said Nancy Moe-Mergens, “There wasn’t much interest at first. We worked with (the CSWCD) and talked three of our neighbors into doing shoreline restorations.” The SWCD provided grants in exchange for a 10 year covenant to maintain the shoreline restoration. “Depending on conditions that summer we get different flowers coming up.”

The Lake Association promoted the shoreline restoration grants widely both among their members, and the SWCD and CLID supported their efforts. Lake association officers staffed booths at community events, did outreach for local water quality projects by appearing at meetings of other local civic groups.

Said Nancy, “We do our best to support SWCD and CLID and they speak at our annual meetings, point people to the grants and expertise they can provide. From the time they (CLID and SWCD) partnered with the lake association, calls have increased. They don’t have the resources to do what they need to keep up.”

In the ten years since Center Lakes were listed as impaired, the district completed 88 rain gardens, 21 water/sediment basins, 13 lined waterways, 10 storm drain inlet protections, 9 vegetated swales, 8 grassed waterways, 7 gully stabilizations, 4 iron-enhanced sand filters, 3 stormwater pond retrofits, 2 diversions, 1 livestock access control, wetland restoration, enhanced street sweeping, and long-term hay planting. Many property owners followed Nancy Moe-Mergens’ example and restored their shorelines but the lake association did not keep track.  Jerry Spetzman said, “Thousands of tons of sediment and hundreds of pounds of Phosphorus are not going into our lakes each year.” After some years, even the casual user of the lakes began to notice the improved water quality, and that really ramped up the support.

Said Ms. Moe-Mergens, “We succeeded because the three organizations are proactive. I don’t know where we would be without the LID and SWCD. They did the heavy lifting with design and engineering and received funding for these efforts. We promoted their work and the need for it.” As the lakes became cleaner, clean lakes became more and more central to the community. As their water got cleaner, they valued it more and took more action to continue to improve it.

In Chisago County the water resource professionals and residents all agree there is more work to do. When Minnesota Lakes and Rivers Advocates launched the Lake Steward program, Center Lakes Association began to actively promote it. Said Ms. Moe-Mergens, “We got off the impaired waters list, but we need to do more. That is why I am promoting Lake Steward. The LID and SWCD did their part. It is time for lake shore owners to do theirs and it repays them in the resale value of their properties. Lake Steward is an important piece of the puzzle.”

So what is the secret sauce in lake and river protection and improvement? Said, Thiel, “I don’t think there is a secret sauce. It is a lot of years of work.”