The most cost effective strategy to deal with AIS is to prevent them from spreading. This is the only solution that is 100% effective.

But while prevention strategies are being deployed, lake associations benefit both in terms of cost savings and good outcomes if they also focus on early detection and making a strategy for a response should prevention efforts fail. Justin Townsend, AIS Coordinator in Ramsey County has created a strategic and deliberate plan, the New Infestation Response Plan, NIRP.

This summer I was able to attend the Cass County Coalition of Lakes, ACCL, and was thrilled to hear a report on the outcomes of one such early detection and response program. Back in 2007, Ted Johnson, then the head of the Washburn Lake Association, became concerned about the potential introduction of eurasian water milfoil into the lake. At the time, there were few local resources for inspection. Instead Ted focused on training as many of the Washburn Lake Association members to be able to identify eurasian watermilfoil from native northern water milfoil. Members made contributions and created a fund to be used for treatment IF EWM was ever discovered in the lake. Ted reached out to professional lake treatment companies, made a plan as to which treatments were most appropriate for different AIS, and determined estimated costs. He also connected with the MN DNR and included the steps and processes he would need to make to receive a permit for treatment.

A few years later, a woman discovered a fragment of EWM washed up on the shore.  A survey revealed a patch of EWM near the public boat access. Washburn Lake Association did not have to take time to decide their course of action, but started immediately with chemical treatments and hand pulling.

Lake Washburn has continued with a deliberate and focused treatment protocol. This summer at the ACCL meeting the president of Lake Washburn Association reported that a survey of the entire lake had found no EWM. 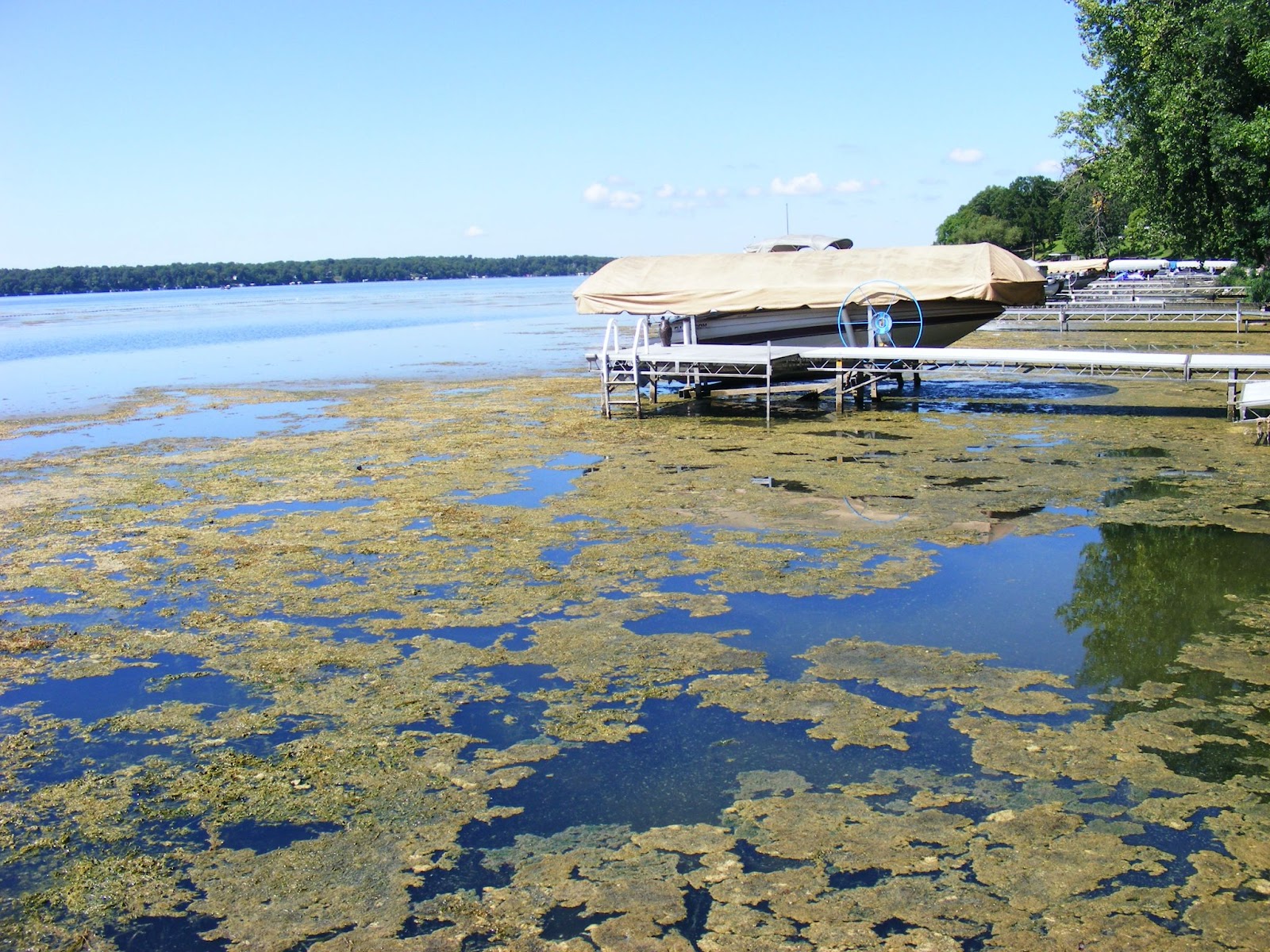 After starry stonewort was discovered in Lake Koronis in 2014, it spread quickly throughout the lake.

Programs like the Minnesota Aquatic Invasive Species Research Center’s Starry Trek, offer some hope of finding new infestations of plants and algae early and preventing them from becoming truly invasive. The NIRP tool provides a great framework to create a plan for different AIS. These can save lake associations tens of thousands of dollars and result in far better outcomes.

But these early detection and new infestation strategies have proven to be most effective for aquatic invasive plants. Invasive animal species, like zebra mussels or spiny water flea, are far more difficult to manage. Even early detection offered little hope that a new AIS in a lake can be managed to the point where they are no longer invasive.

Management of zebra mussels is complicated. There are not ready bio-solutions like introducing a predator that feeds on zebra mussels, and these strategies often create other problems. There is no way to mechanically remove them at scale. Any chemical treatment would have to be safe for all native mussels and creatures. But the biggest challenge is that when chemicals are put into a waterbody to kill mussels, the “clam up.” Zebra mussels can stay closed for hours, so it is nearly impossible to keep chemical concentrations at high enough levels to kill zebra mussels for hours in an open water setting.

But new research from the USGS shows promise with zebra mussels. They have been working in Lake Minnetonka to test a zebra mussel treatment.

Zebra mussel veligers, the free floating offspring of adult zebra mussels, are very sensitive until they grow enough to sink to the bottom and attach to some hard substrate. Investigators hypothesized that very very low doses of EarthTec QZ, a copper-based molluscicide, could kill zebra mussel veligers in the water column without impacting any other native species.

Researchers from USGS and Brunswick Boats check a water sample from Lake Minnetonka for zebra mussel veligers and other zooplankton following a low-dose copper treatment.

The first open water application of EarthTec QZ, was applied to St. Albans Bay in 2019. That treatment successfully reduced veliger settlement through 2020; zebra mussel density showed signs of recovery in 2021, but was still below that in the reference area (Robinson’s Bay) in 2021. Researchers continue to monitor reinfestation dynamics of zebra mussels and native plankton and benthic invertebrate abundance 3-years after treatment (2022).

Researchers began the second phase of the research on low-dose copper in 2021 with pretreatment monitoring in Maxwell Bay, (treatment bay) and North Arm Bay (reference bay) this summer, 2022. In July researchers conducted a shoreline application of copper at 4-5% of the maximum label allowance. Before, during, and after treatment, they measured a suite of parameters at established locations around Maxwell Bay and in a designated area of North Arm Bay (as a reference). Copper concentration was measured in water, sediment, and tissues of zebra mussels and non target animals. 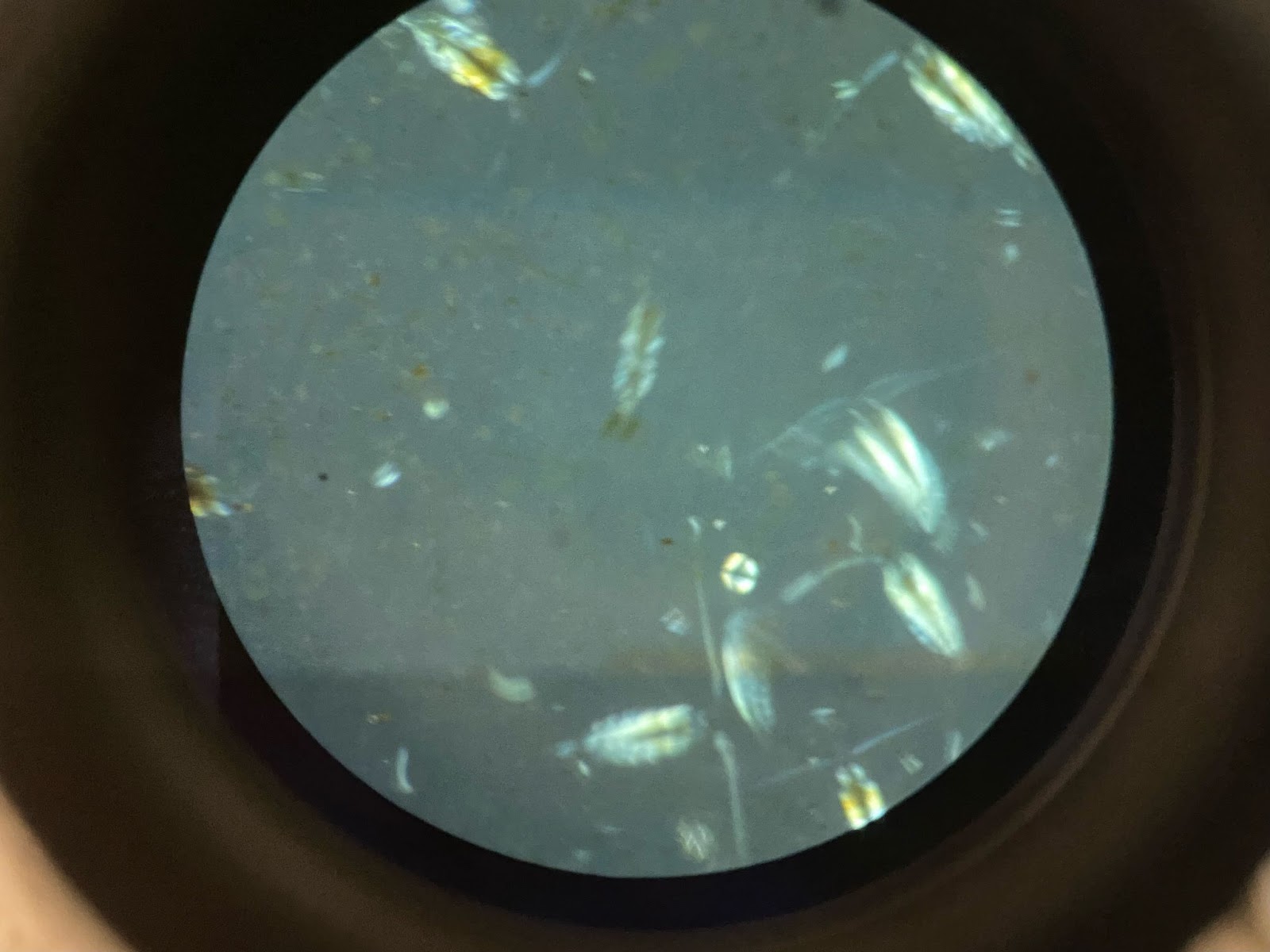 Zebra mussel veligers are the circle with the “x” in it. While the veliger was dead, the other zooplankton in the slide were very active.

In addition to the open water application of EarthTec QZ, MAISRC graduate student,

The USGS lab, deployed at the home of Gabriel Jabbour, supported Angelique Dahlberg’s

work on copper treatments to kill zebra mussel veligers in the water column.

In October researchers will collect their final water samples of the year. Monitoring of zebra mussel density and native communities will continue for at least 1 year.

Early results are promising. It may soon be possible, with early detection, to significantly reduce and control zebra mussel spread. But even in large lakes, by determining the peak breeding season of zebra mussels and treating the water column effectively, to reduce current populations to the point where they are no longer invasive.

As with all successes in lake and river protection efforts, partnerships are key to this project. There were many groups and individuals who have supported this multi-year study, but a short list of gratitude to Tonka Bay Marina owner Gabe Jabbour who has made the resources of the marina available to researchers and hosted the mobile laboratory trailer at his home and provided dock space for research boats. Wayzata Marina provide space and a launch for staging the product and application equipment. The Lake Minnetonka association is deeply involved in the effort. Janet Reardon solicited volunteers around the study area to place settlement plates under docks.Thirteen homeowners volunteered to place samplers around their docks to increase our sampling capacity. MNDNR staff have provided input on project design over the past several years. They were instrumental in obtaining permits for the project.Hennepin County has provided funding support and permitted deployment of sampling buoys in all 4 study bays.

The research on control of invasive mussels has been underway for almost 10 years. USGS began working with partners in the metro region (and in greater Minnesota) in about 2011. The collaborative effort with MAISRC began in earnest with the low dose copper work.

USGS researchers currently have a manuscript in review that details the study in St. Albans and Robinsons bay. The follow up monitoring and more recent work are in various stages of analysis, but will be written up for publication. The USGS will present an update at the MAISRC showcase in September.